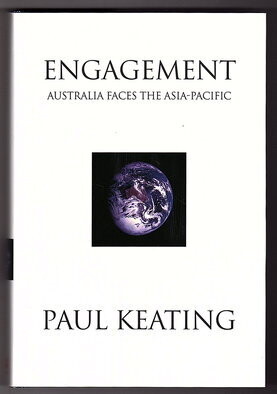 Paul Keating was elected Prime Minister of Australia at the end of the Cold War, as the global and regional environment experienced a radical transformation. During the period of his prime ministership, one of his principal aims was to more fundamentally align Australia with countries of the Asia-Pacific.

Engagement is Paul Keating's account of his involvement in Australia's foreign affairs, and his reflection on Australia's place in the world. It is a detailed look at the development of APEC; Australia's relationship with its largest neighbour, Indonesia; the role of the United States in the Asia-Pacific; China's re-entry into the world community; and the particular problems of Australia's smaller neighbours in the South Pacific.

Paul Keating probes, too, the questions of Australia's national identity - the republic, multiculturalism, and the critical importance of establishing a proper relationship with its Indigenous people. But this book is much more than a memoir. It also examines the profound changes in the international environment wrought by globalisation and the information revolution, and what they will mean for Australia and the region in the twenty-first century. It is, above all, a strong, committed and passionate call for Australians to understand the importance of the Asia-Pacific to all they want to achieve. A call for engagement.