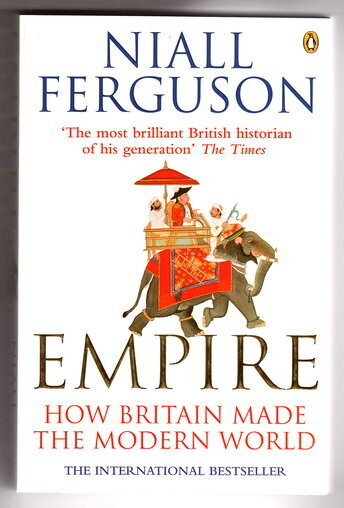 Empire: How Britain Made the Modern World by Niall Ferguson

This astoundingly successful, superbly reviewed book vividly recreates the excitement, brutality and adventure of the British Empire. Ferguson's most revolutionary and popular work, Empire is a major reinterpretation of the British Empire as one of the world's greatest modernising forces. It shows on a vast canvas how the British Empire in the 19th Century spearheaded real globalisation with steam power, telegraphs, guns, engineers, missionaries and millions of settlers. (publisher blurb)