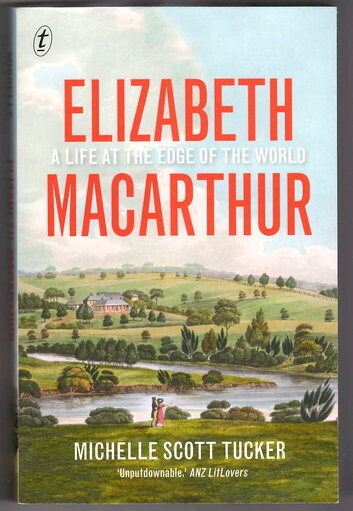 Elizabeth Macarthur: A Life at the Edge of the World by Michelle Scott Tucker

In 1788 a young gentlewoman raised in the vicarage of an English village married a handsome, haughty and penniless army officer. In any Austen novel that would be the end of the story, but for the real-life woman who became an Australian farming entrepreneur, it was just the beginning.

John Macarthur took credit for establishing the Australian wool industry and would feature on the two-dollar note, but it was practical Elizabeth who managed their holdings while dealing with the results of John's manias - duels, quarrels, court cases, a military coup, long absences overseas, grandiose construction projects and, finally, his descent into certified insanity.

Michelle Scott Tucker shines a light on an often-overlooked aspect of Australia's history in this fascinating story of a remarkable woman. (publisher blurb)