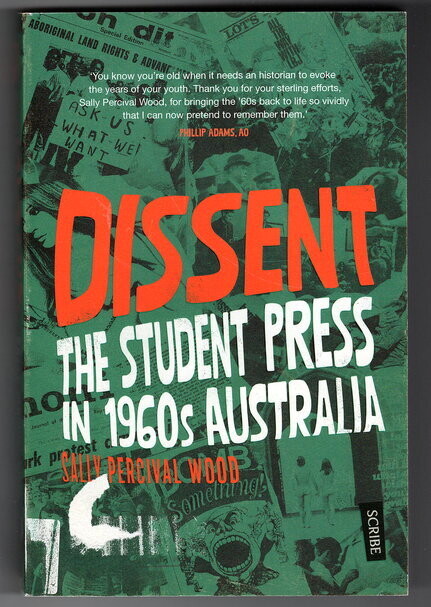 A passionate portrayal of Australia’s social awakening — the people, the politics, and the power of the student press. The 1960s was a decade of profound change, marked by an accumulating tension between political conservatism and social restlessness. During this time, university campuses became sites of dissent, amplified by the proliferation of tertiary institutions, producing the best-educated generation in Australian history.

Student newspapers began probing the Vietnam War and resisting conscription, challenging racism and the absence of Aborigines at university, stirring gender politics, and testing the limits of obscenity. With erudition, wit, and daring creativity — and enabled by new printing technology — student newspapers played an immensely important role in Australia’s social, cultural, and political transformation, the results of which still resonate throughout Australia today.

In Dissen t, historian Sally Percival Wood encapsulates the spirit of the era, delving into the people, the places, and the politics of the time to reveal how this transformation took place. From 1961, when Monash University opened, to 1972, when the Whitlam government came to power, Dissent shows just how profoundly the political conservatism emblematic of post-war Australia struggled to adapt to this new generation, with its new, sometimes alarming, audacity — and goes on to ask: has the student press lost its nerve?