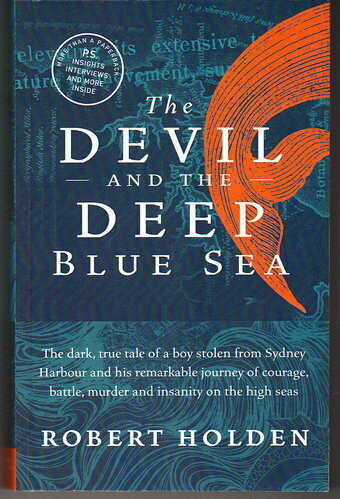 Devil and the Deep Blue Sea by Robert Holden

The life of Australian whaling captain William Chamberlain - a tale of abduction, adventure and murder on the high seas. In October 1811, a young Sydney lad by the name of William Chamberlain was abducted aboard the Frederick, a whaling ship captained by a madman, not unlike Melville's Captain Ahab.

During the next four years at sea, William survived an attack by pirates off the coast of Africa, was rescued by the Royal Navy and fought as a powder-monkey in the Battle of Algiers.

William Chamberlain was returned to his family in 1816 but was soon drawn back to life on the ocean, eventually becoming one of Australia's greatest whaling captains. (backcover)