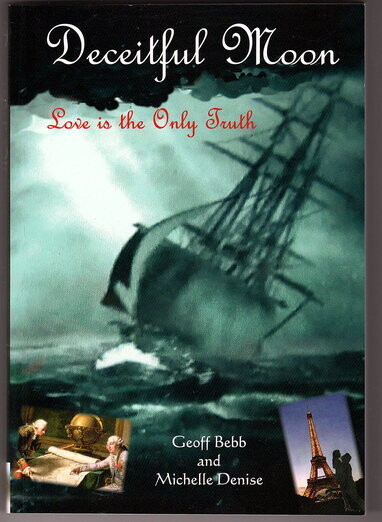 On the 26th of January 1788 navigator Jean-François de La Pérouse sailed into Botany Bay. In 1785 he had been appointed by Louis XVI and his Minister of the Marine, to lead an expedition around the world. Coincidentally he found Captain Arthur Phillips and his First Fleet in the middle of a chaotic relocation to Sydney Cove.

Phillip was distracted. Nevertheless, he was concerned at the purpose of the Frenchman’s unexpected house call. The visit was a brief one. Captain La Pérouse’s ships La Boussole and L’Astrolabe vanished without a trace only weeks later. The reason for their disappearance remained a mystery for almost half a century.

The full purpose of their mission remained a secret to all but a select few, until now. In 2007 Angelique de La Pérouse travels to Noumea. She is in search of answers regarding her ancestry. She meets Matthew Kinnebrooke, the irreverent, can-do, Australian descendant of the assistant to Rev. Maskelyne – the Astronomer Royal who gave La Pérouse the lunar information for his last voyage.

A fateful bond between the two is sealed by the discovery of an ancient sea chest belonging to the Albert de La Pérouse, cabin boy on La Boussole.