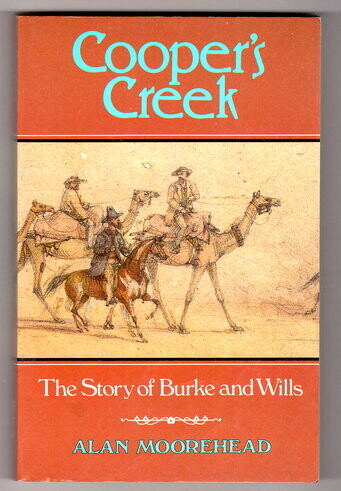 Cooper's Creek: The Story of Burke and Wills by Alan Moorehead

In 1860, an expedition set out from Melbourne, Australia, into the interior of the country, with the mission to find a route to the northern coast. Headed by Robert O’Hara Burke and William John Wills, the party of adventurers, scientists, and camels set out into the outback hoping to find enough water and to keep adequate food stores for their trek into the bush. Almost one year later, Burke, Wills, and two others from their party, Gray and King, reached the northern shore but on their journey back, they were stranded at Cooper’s Creek where all but King perished.

Cooper’s Creek is a gripping, intense historical narrative about the harshness of the Australian outback and the people who were brave enough to go into the very depths of that uncharted country. One of the first researched accounts of the ill-fated expedition. (publisher blurb)