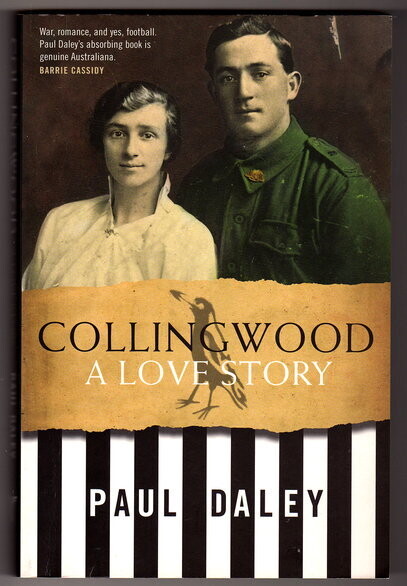 A multi-generational saga of football, love, war, forgiveness and identity.

Every year when Collingwood plays Essendon in the AFL's annual Anzac Day match, the Collingwood president carries an old horseshoe into the team's changing rooms and passes it around. The players examine it as the story behind the shoe is recounted.

It's early in the twentieth century and Doc Seddon, a Collingwood player, introduces his childhood sweetheart, Louie, to his dashing teammate, Paddy Rowan. Paddy sweeps Louie off her feet and they marry. But war intervenes. Doc and Paddy go off to fight, leaving Louie to raise Paddy's baby. When Paddy is killed, Doc promises that he will always look after Paddy's wife and child.

Just before the 1917 Grand Final, he sends a horseshoe back from the Somme, where he continued to serve. It brings the Magpies luck and they win.

It is a lovely story. Except, of course, that fairytales didn't come true in Collingwood, the biggest slum of Melbourne. What really happened to them is a much grittier tale. (publishers blurb)