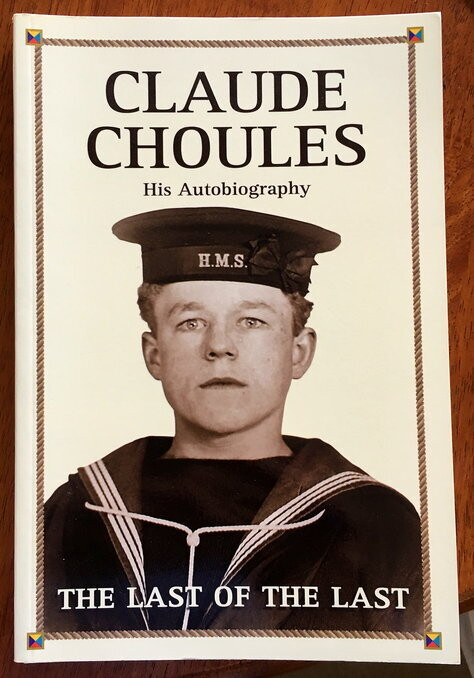 Claude Choules: The Last of the Last: His Autobiography

Claude Stanley Choules (3 March 1901 – 5 May 2011) was the last World War I combat veteran and was the last military witness to the scuttling of the German fleet in Scapa Flow. He was also the last veteran to have served in both world wars, and the last seaman from the First World War.

Choules died in Perth, Western Australia, at the age of 110. In December 2011, the landing ship HMAS Choules was named after him, only the second Australian Navy vessel named after a sailor.

The last man who served in WWI and WII to pass away in Western Australia. (Military Wikia)