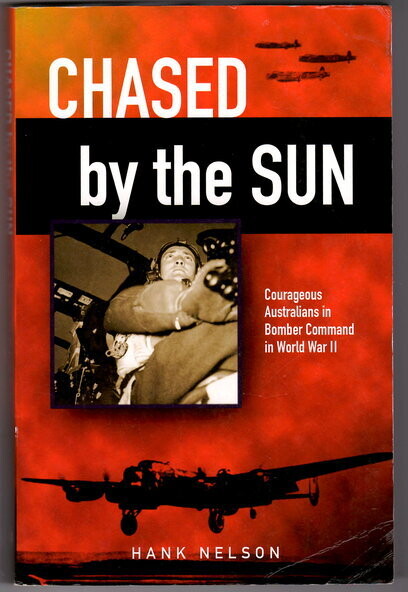 Chased by the Sun: Courageous Australians in Bomber Command in WWII by Hank Nelson

The Australians who served in Bomber Command were highly trained members of an elite corps. They were thrown into a war of repeated bombing raids in which they had to perform complex tasks under extreme pressure and danger. They flew mission after mission with full knowledge that the odds of survival were against them - 4000 Australians died in Bomber Command - but they pressed on regardless.

Many of the Australian airmen who were killed in the air over Dusseldorf or Essen are now unremembered in their homeland, but their lonely bravery contributed to the defeat of the Nazi regime.

Hank Nelson vividly brings to life through his lively writing and his extensive use of personal reminiscences the extraordinary experiences of the Australians who served with the British bomber squadrons. He depicts their fears, despair and courage in the face of the most terrible experiences. (back cover)