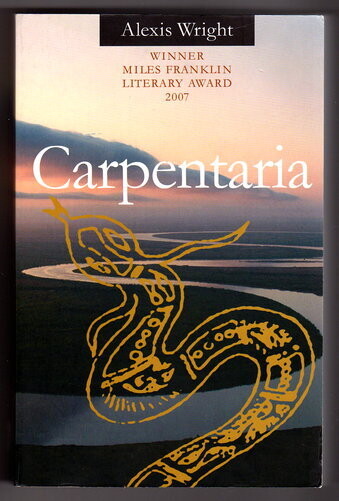 Carpentaria is an epic of the Gulf country of north-western Queensland.

Its portrait of life in the precariously settled coastal town of Desperance centres on the powerful Phantom family, leader of the Westend Pricklebush people, and its battles with old Joseph Midnight’s renegade Eastend mob 2007 on the one hand, and the white officials of Uptown and the neighbouring Gurfurrit mine on the other.

The novel teems with extraordinary characters – the outcast saviour Elias Smith, the religious zealot Mozzie Fishman, the murderous mayor Bruiser, the moth-ridden Captain Nicoli Finn, the activist Will Phantom, and above all, the rulers of the family, the queen of the rubbish-dump and the fish-embalming king of time, Angel Day and Normal Phantom – figures of such an intense imagining, they stand like giants in this storm-swept world.