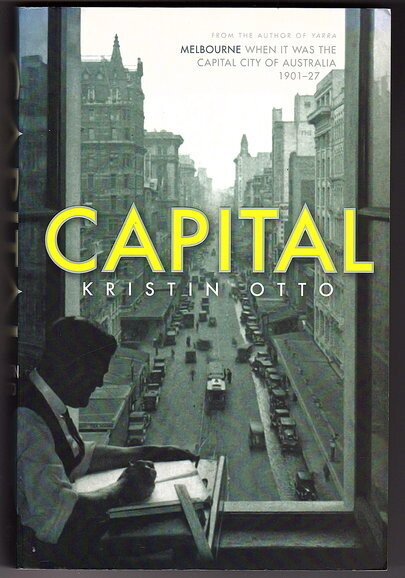 Capital: Melbourne When it Was the Centre of the World 1901-27 by Kristin Otto

In 1901 the Australian colonies came together to form a new nation which, for the next twenty-six years, was governed from Melbourne.

It was a small city, a place where people knew each other - not just the people who mattered, but those who didn't yet - where small changes loomed large and the import of big changes could scarcely be imagined. Yet in the extraordinary first quarter of the twentieth century, the world lurched headlong into a new era. And this overgrown town, in all but name the nation's capital, oversaw the birth of modern Australia.

In Capital, Kristin Otto describes how it happened. She looks at the developments that shaped the world we know today- from the story of Helena Rubinstein and the invention of the cosmetics industry to the world's first feature film to confectionery king Mac Robertson, packaging pioneer and author of the city's first motor car fatality. And she traces, with the lightest of touches, the web of influence, friendship and sheer coincidence that held it all together. For anyone who knows Melbourne, Capital will be a fascinating conversation with an old friend. For anyone who doesn't, it will be a compelling introduction to a new one. (publisher blurb)