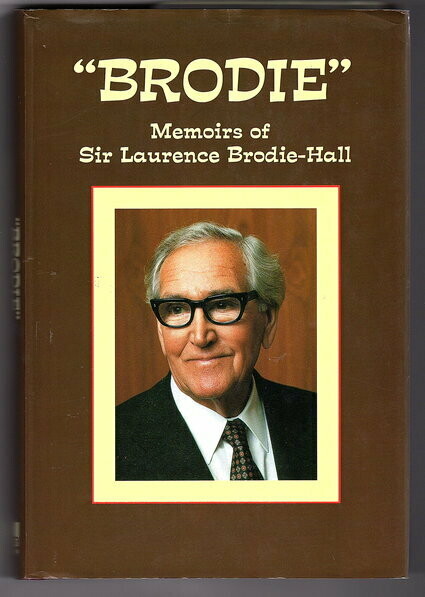 Secondhand. Very good condition. Minimal edgewear. Dust jacket has some creasing to the top. Book was donated by author to unknown library on 10th June 2000 and has a withdrawn stamp on title page.

Laurence Brodie-Hall migrated to Australia from London in 1924. He was a prospector in the Murchison and Eastern Goldfields during the depression, before commencing study at WA School of Mines in 1936.

In 1946 after a stint as a captain with the Royal Australian Engineers during WWII, he resumed his studies, completing Diplomas in Mining Engineering and Metallurgy. He joined the Western Mining group of companies as a geologist in 1948, and rose through the ranks until he was appointed Executive Director in 1967.

Brodie-Hall's belief in diversification led to the exploration and development of bauxite deposits in the Darling Range and the subsequent formation of Alcoa of Australia Ltd.

Over the years Brodie-Hall held many board positions including President of the Chamber of Mines of WA. He was responsible for the expansion of the gold mining activities on the Golden Mile, the development of the iron ore deposits at Koolanooka Hills and the establishment of the first long-term export contract for iron ore from WA.

He was knighted in 1982 and was awarded the Order of Australia in 1993. He died in 2006. (Source: Curtin University History Makers)