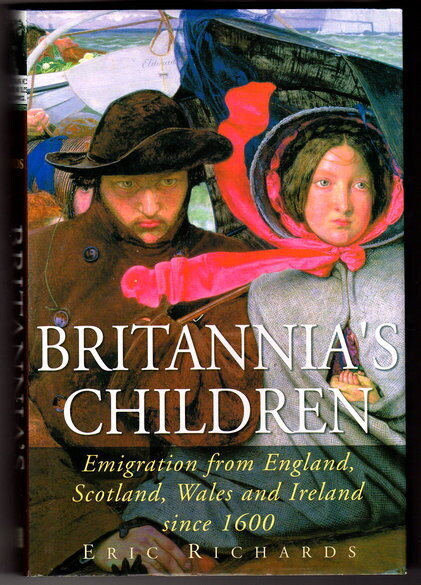 Britannia's Children: Emigration from England, Scotland, Wales and Ireland Since 1600 by Eric Richards

Secondhand. Very good condition. Minimal wear to book and dust jacket. Sticker has been placed over previous owner's inscription on inside page. Some minor marks on book foredges.

Twenty-five million emigrants left the British Isles in the four hundred years after 1600, mainly travelling to America or to parts of the British Empire around the world. This huge exodus, the greatest of any nation before the twentieth century, accounts for much of Britain's wider impact on the world, in terms of cultural, social and political attitudes, and notably in the legacy of the English language as the most widely used global lingua franca.

Britannia's Children is the first account of emigration from the British Isles as a whole, including England, Scotland, Wales and Ireland (Ireland being part of the United Kingdom during the Great Famine and its classic age of emigration). Eric Richards traces the stages of this extraordinary movement from the days of Raleigh and the Mayflower to modern times and shows the variety of motives that drove men and women to make the most momentous decisions of their lives. He also provides a mass of examples of individual cases, voyages, destinations and fates. (publisher blurb)