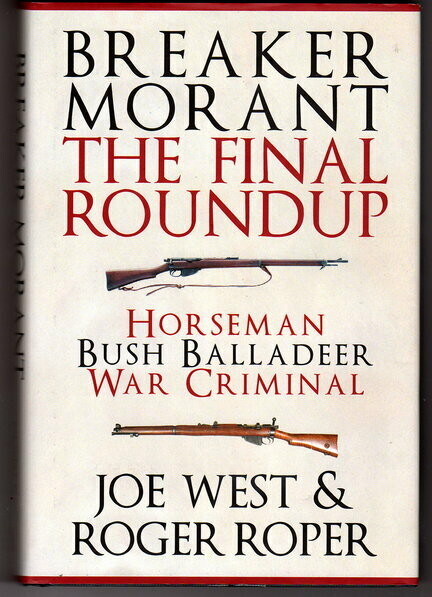 Over 100 years ago Harry Harbord Morant (the Breaker) was shot by a firing squad in Pretoria. Thus began his ascension to national hero: over the years, some Australians have managed to turn his disgrace into distinction, to the point where some are now seeking a British pardon for Morant.

Workhouse-born Edwin Murrant, educated by the Freemasons, emigrated on a £1 passage to Australia at the age of nineteen and found work on a cattle station in Queensland. Murrant spent the next sixteen years in Australia as a bushman, balladeer and all-round chancer renowned for his riding skills. Changing his name to Harry Harbord Morant, he claimed to be the son of an admiral.

At the start of the Anglo-Boer war, he joined the army and went to South Africa, eventually becoming a lieutenant in the Bushveldt Carbineers, an irregular unit fighting in Northern Transvaal.

Enraged by the death of a friend in battle, he instigated the murder of prisoners by way of revenge. A missionary who knew too much was also killed under suspicious circumstances. Arrested and tried, he was sentenced to death and shot.

Some Australians suggest he did not have a 'fair go' and was martyred by Lord Kitchener. Others remain fixed in their opinions: he took the law into his own hands and paid the ultimate price for his crimes.

This intensively researched book, featuring a wealth of new information, reveals the truth behind the legend of Breaker Morant. (inside cover)