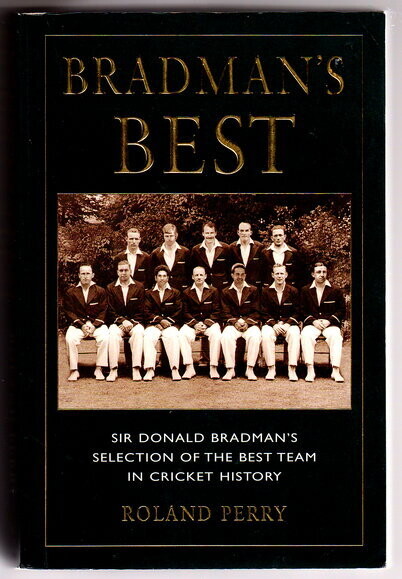 Sir Donald Bradman saw all but a few of the 20th century's greatest cricketers play the game. Apart from being cricket's most successful player and captain, Bradman built a reputation over five decades as the game's most knowledgeable and incisive selector. These factors, combined with his status as one of the legends of world cricket and his unparalleled understanding of cricketing history, put Bradman in a unique position to make the most informed judgment on the composition of the world's all-time best cricket team.
In this book, Sir Donald Bradman reveals his Dream Team, selected from all cricket-playing nations since the first Test was played in 1877.

In exclusive interviews and correspondence with his biographer, Roland Perry, Bradman shares his thoughts on the world's best cricketers, his greatest ever team and why he chose its illustrious members. As well as Bradman's compelling revelations and thoughts on cricket's most celebrated exponents and the way the game has developed over the decade. (back cover)