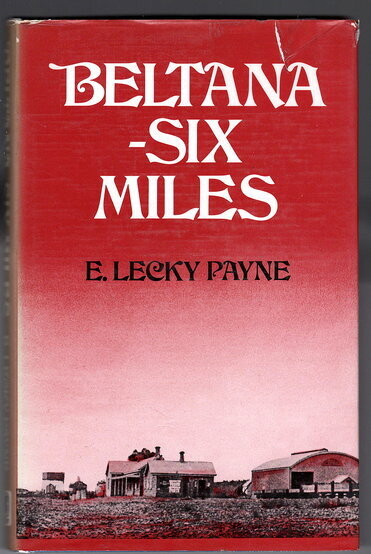 Secondhand. Good condition. Wear to book corners and edges. Previous owner has signed inside page. Pages have sunned. Binding is very good. Dust jacket has tears to top front cover that are repaired with book tape.. Some creasing at top spine.

Real places and real people come to life in this delightfully detailed portrait of a vanished Australian era. The places are Puttapa Gap, a railway settlement in the Flinders Ranges of South Australia, and the town of Beltana six miles away.

The people are the author, her father and sisters, such characters as Paddy, the Holy Black Duck, “Auntie” Hardy, Waldo the mysterious German, and the other men, women, and children of the tiny community.

The author went to live at Puttapa Gap after a traumatic experience as a “charity brat” in the care of unfeeling relatives. Reunion with her family began a time of joy which she recalls in a vivid picture of life early this century.

Puttapa Gap existed because of the Great Northern Railway, the dream which eventually faded beyond the ranges. For those living in the outpost, the railway was a thrilling centre to life which, despite its isolation, was full of comradeship and humanity and the challenge of “making do.”

The young people were able to find beauty and excitement in the whole wide country-side, and there was entertainment in riding the railway “trike” to Beltana, in a visit to the ghost town of Sliding Rock, and in such simple delights as dances, bush picnics, and pub gatherings. Even occurrences like the appearance of a huge goanna in the kitchen could become the basis of humorous legend. With affection and nostalgia, the author recalls a way of life that ended, as it did for so many places like Puttapa Gap, with the events of 1914. (book flap)