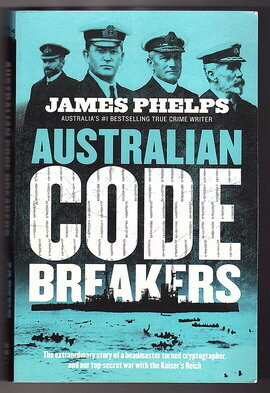 The extraordinary story of a headmaster turned cryptographer, and our top-secret war with the Kaiser's Reich.

On 11 August 1914, just days after war had been declared, Australian Captain J.T. Richardson boarded a German merchant vessel fleeing Melbourne's Port Phillip and audaciously seized a top-secret naval codebook. The fledgling Australian Navy had an opportunity to immediately change the course of the war. But what exactly had they found?

Soon Melbourne was a hub of international Allied intelligence. This is the untold story of how a former Australian headmaster and his mostly female team cracked one of Germany's most complex codes, paving the way for the greatest Allied naval victory of World War I.