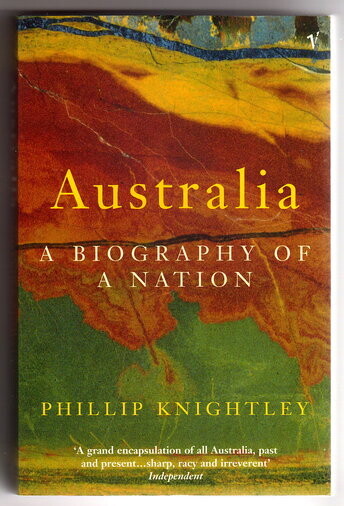 Australia a Biography of a Nation by Phillip Knightley

Australia celebrated one hundred years as a nation in 2001. This book - part history, part travelogue, part memoir - tells the inspiring story of how a one-time British colony of convicts turned itself into a prosperous and confident country.

Through the eyes of ordinary people, British journalist and writer Phillip Knightley describes Australia's journey, from Federation and the trauma of the First World War, the desperate poverty of the Depression, with its attendant spectres of secret armies and near-civil war, the threat of invasion in the Second World War and the immigration that followed it, and the slow but steady decline in the relationship with Britain, the 'Mother Country', as Australia forged its own unique identity.