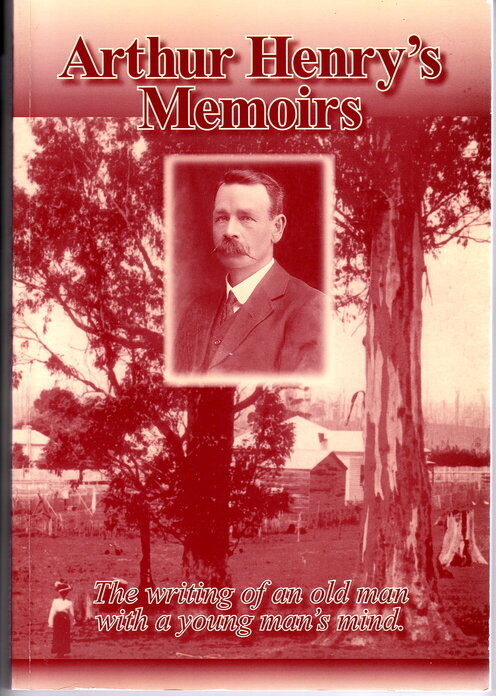 Arthur Henry's Memoirs: The Writing of an Old Man with a Young Man's Mind

Arthur Henry (1871-1956) was a self-educated surveyor and builder of roads, channels, dams and reservoirs. He was witness to and involved in the vast changes to Poowong and the South Gippsland, Victoria as the forest gave way to rich farming land.

Before her died in 1956, he wrote his memoir in twelve exercise books that he gave to his grandson. The Poowong Historical Group published Arthur's memoirs as part of the 125th anniversary of the Poowong Pioneer Chapel (formerly Wesleyan Church). The Chapel is considered to be one of the oldest public buildings in the Shire of South Gippsland as it was originally constructed in 1878.