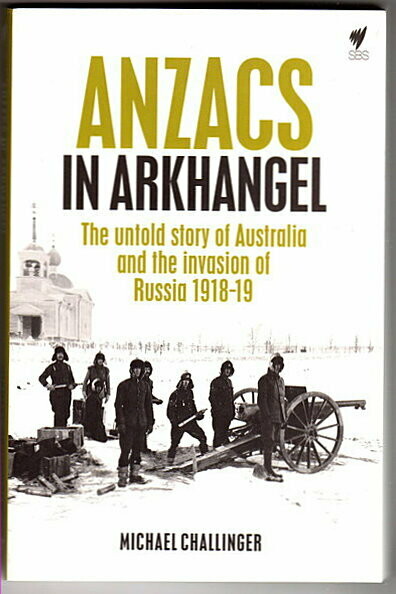 Anzacs In Arkhangel: The Untold Story of Australia and the Invasion of Russia 1918-19 by Michael Challinger

In 1918, the Allies were desperately holding ground on to the Western Front. In Russia, the Bolsheviks had come to power and made peace with Germany. A secret allied mission was dispatched to northern Russian to prevent military stores falling into the German's hands. Iced-in with no reinforcements, the men became embroiled in the Russian civil war. In spring, Allied reinforcements were sent including one hundred Australia volunteers. They landed in the remote northern city of Arkhangel where they battled not only the Bolshevik army but the extreme weather and wilderness.