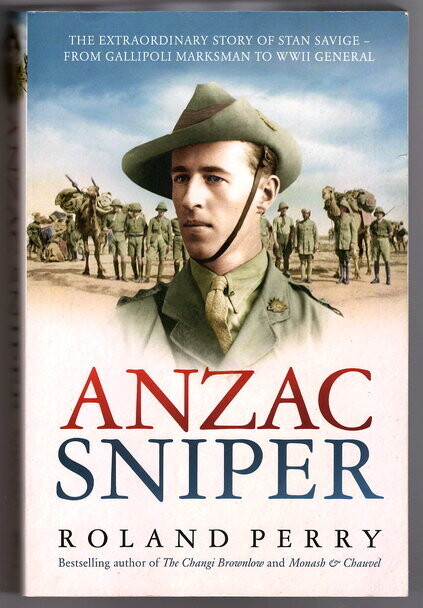 Anzac Sniper: The Extraordinary story of Stan Savige, One of Australia's Greatest Soldiers by Roland Perry

The son of a country butcher, Stan Savige left school at twelve to become a blacksmith's striker. But in 1915, a passage in the bible inspired the devout scout leader and Sunday school teacher to enlist. Soon his abilities as a crack marksman attracted the attention of the officers and he was put in charge of Sniper's Ridge, his job to eliminate the enemy assassins in Anzac Cove.

Savige succeeded and survived Gallipoli, only to be sent to the Western Front then Iran as part of the crack squad Dunsterforce.

It was the beginning of a long, dangerous and distinguished military career spanning both world wars, with Savige commanding and fighting in Europe, Iran, North Africa, the Middle East and the Pacific in World War II, initially as Major-General then Lieutenant General.

In this gripping biography, Roland Perry paints a fascinating and complex portrait of Lieutenant-General Sir Stanley George Savige, KBE, CB, DSO, MC, ED, a man of character and compassion, a quiet outsider who founded the war veterans' support charity Legacy, who still has few peers in courage, skill and achievement and whose record is second to none in Australian military history, in the scope of his combat over two world wars. (back cover)