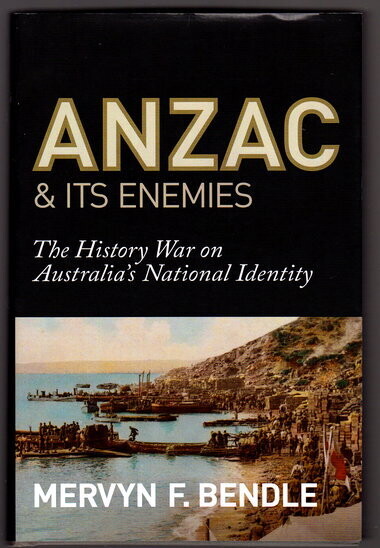 Forged 100 years ago in the bloody cauldron of the Great War, the Anzac Legend represents the values of courage, initiative, egalitarianism, mateship, loyalty and sacrifice. The Australian people embraced it as the core of the national identity of their new country. However, it has been under attack ever since by left-wing activists determined to destroy it. The assault was begun by Communists in the post-WWI era and intensified during the “cultural revolution” of the Sixties. Today, the anti-Anzacs include former PM Paul Keating, academics at the ANU and the Australian Defence Force Academy, and many within the arts and the ABC. They argue the Anzacs died in vain in an imperialist war and the legend is a reactionary fable that justifies militarism, sexism and ethnic oppression. They label it a myth invoked to justify current military actions in the Middle East and Afghanistan.

In Anzac and Its Enemies, Mervyn Bendle explores the origins of the legend and dissects the long campaign against it by leftist politicians, intellectuals, and sections of the media, and argues why their case is seriously flawed. (publishers blurb)