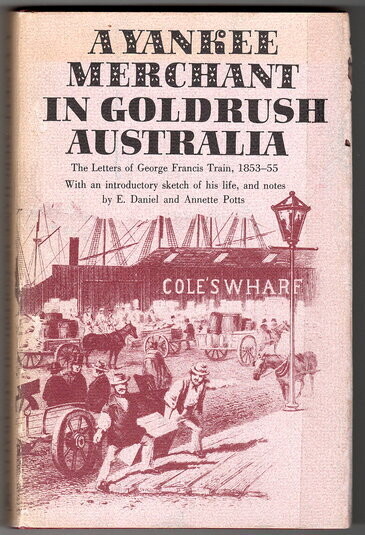 A Yankee Merchant in Goldrush Australia: The Letters of George Francis Train 1853-55 With an Introductory Sketch of his Life be Daniel E Potts and Annette Potts

One of the most colourful of the many American merchants and miners who flocked to the Australian goldmines in the 1950s, George Francis Train was and is still the epitome of the 'wide awake' and enterprising merchant to many Australians.

At only twenty-four, Train while in Melbourne conducted a lucrative commission business, acted as agent for the famous White Star Line of Liverpool, threw himself into community affairs, and visited Geelong and the surrounding goldfields, Sydney and Tasmania. (book flap)