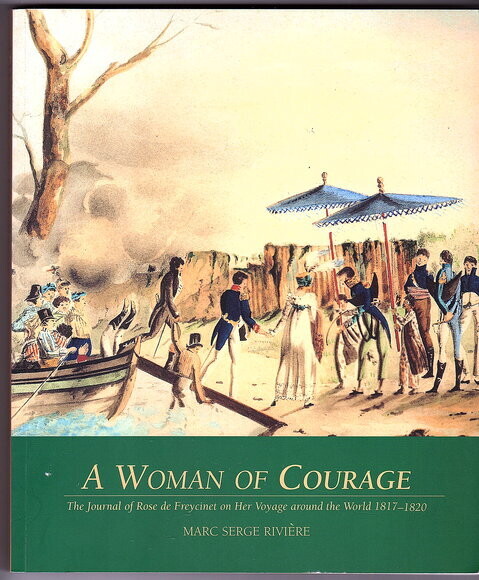 A Woman of Courage: The Journal of Rose De Freycinet on Her Voyage Around the World 1817–1820 translated and edited by Marc Serge Rivière

Married just three years, 22-year-old Rose de Freycinet refused to be separated from her husband Louis de Freycinet, a naval officer appointed by the French to command a round-the-world scientific expedition. Instead, flouting officialdom, Rose and Louis plotted for Rose to stow away.

Leaving the port of Toulon in September 1817 on board the Uranie, Rose documents her adventures in the form of letters to her friend Caroline and to her mother back in France. It is an intimate and colourful account of strange customs and little-known locations, culminating in a shipwreck in the Falkland Islands.