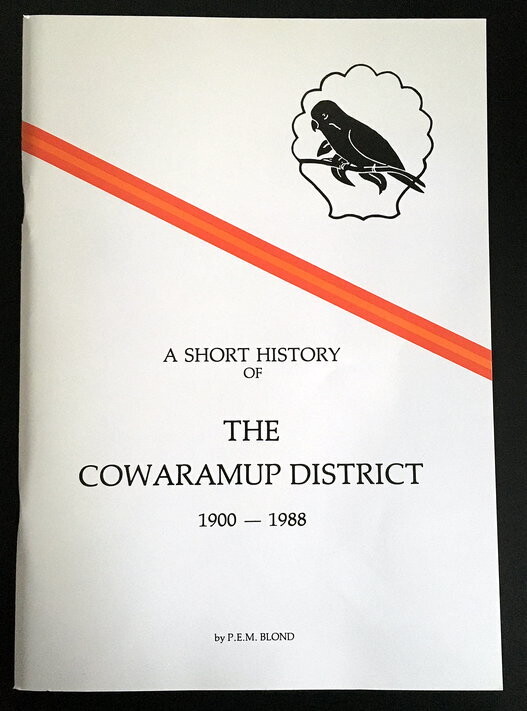 Cowaramup, like Northcliffe and Witchcliffe, is a town that originated as a result of the Group Settlement Scheme. The Group 12 campsite, established in 1922, was located near the 23 Mile Well, which existed on the track between Busselton and Margaret River.

This book covers all aspects of town life, from the growth of infrastructure and the timber and farming industries that provided employment to community life. The book is illustrated throughout, and Blond has provided many hand-drawn plans of the group settlement camps and the Cowaramup townsite.

Philip Ernest Molyneaux Blond came to Group 20 Willyyabrup as a six-year-old in 1923. He attended Bunbury Senior High School and then spent a couple of years unemployed in Cowaramup. In 1937, he commenced his career as a school teacher and taught in Cowaramup in the mid-1950s. He retired to Cowaramup in 1978. He is well known for his 1988 book A Tribute to the Group Settlers, UWA Press, 1988.

Philip Blond passed away in December 2001 and his history of Cowaramup was reprinted in his memory.