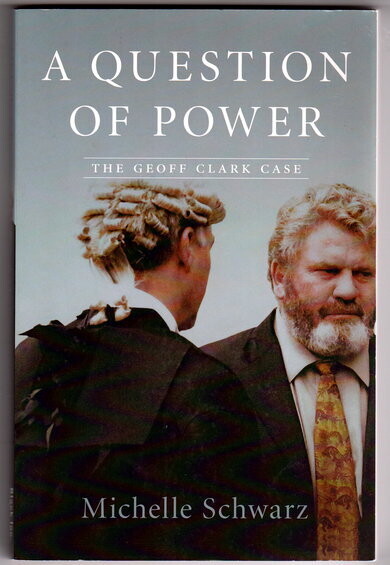 A Question of Power: The Geoff Clark Case by Michelle Schwarz

A gripping courtroom drama and a fearless work of investigative journalism, A Question of Power is the story of a man who spent his life gaining power only to be accused of its ultimate abuse.

Geoff Clark was once the most powerful Aboriginal man in Australia. As chairman of ATSIC he was at the pinnacle of his career when, in 2001, newspaper reports revealed that four women accused him of rape. The crimes they described were brutal - but the claims, dating back to the 1970s, were difficult to test.

In A Question of Power, Michelle Schwarz interviews the key players in the case: Clark, the women who accused him, their respective supporters and lawyers. She digs deep to show the story behind the case and explores the hard questions it raises. Was this a case of trial by the media? Was there more to the story than the first reports suggested? What do we really know about Geoff Clark? (publishers blurb)