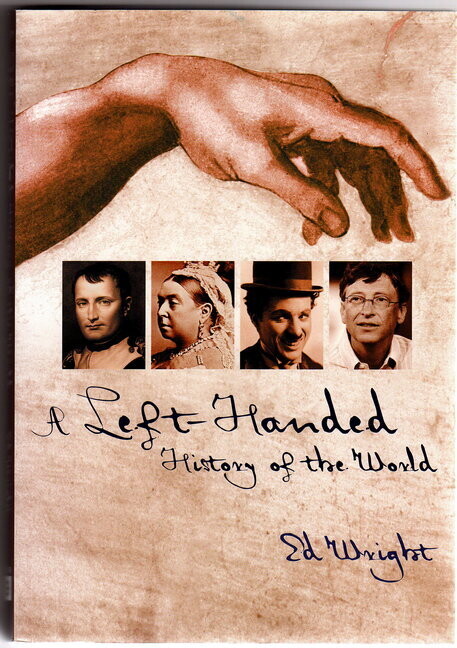 A Left-Handed History of the World by Ed Wright

About 10 per cent of the general population is left-handed. However 16 per cent of American presidents have been lefties and a disproportionately high number of left-handers feature in influential moments through history, from Julius Caesar to Bill Gates.

Through fascinating case studies of notables from ancient to modern times, Ed Wright explains the secret of lefty success. Psychology meets history in this fascinating and popular look at being left-handed and its effects on our world.

The list of successful and influential people of the 'sinister nation' wows the most jaded righty, from the brilliant inventors Isaac Newton and Henry Ford to notable historical figures including Alexander the Great, Joan of Arc and Napoleon, and on to modern-day music legends such as Jimi Hendrix and Paul McCartney.

By exploring the defining characters traits of these and other famous lefties, we uncover what the world can learn by viewing life from another angle.