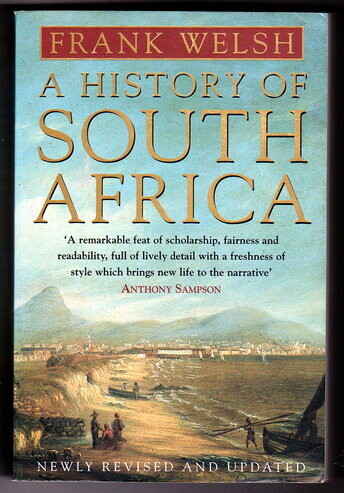 A History of South Africa by Frank Welsh

Revised and updated from the 1998 edition.

Throughout its turbulent history, South Africa has frequently been the focus of worldwide attention -- usually hostile.

Yet prejudice and ignorance about the country are widespread. The evolution of the present-day 'Rainbow Nation' has taken place under conditions of sometimes extreme pressure. Since long before the arrival of the first European settlers in the seventeenth century, the country has been home to a complex and uneasily co-existing blend of races and cultures, and successive waves of immigrants have added to the already volatile mixture.

Despite the euphoria which greeted the dismantling of the apartheid system and the election as President of Nelson Mandela in April 1994, South Africa's history, racial mix and recent political upheavals suggest it will not easily free itself from the legacy of its tumultuous past. (back cover)