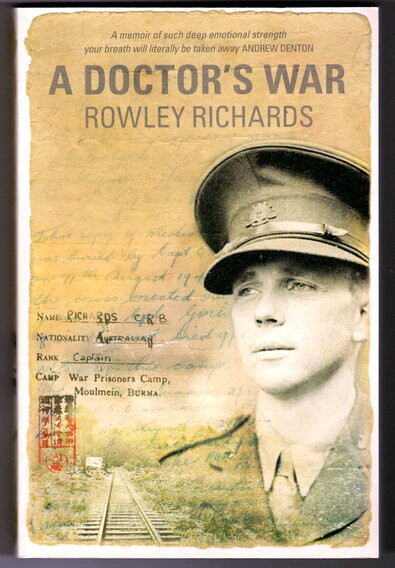 A Doctor's War by Rowley Richards

One of the last great stories to emerge from World War II, this is an account of the horrors of battle, imprisonment and survival as seen through the eyes of a young doctor.

Eminent surgeon Rowley Richards was a young doctor and officer in the army reserve when war broke out. He embarked for Singapore in 1941, a year before the Allies capitulated to invading Japanese forces. Richards became a POW and, as a medical officer, found himself tending to other prisoners in shocking conditions.

In a diary, he recorded the horrors he witnessed as well as the courage, humour and mateship of his fellow prisoners. As the Allies advanced, he buried his writings in a bottle in a soldier's grave and made a map of the site which, remarkably, stayed intact during his transfer and imprisonment in Japan.

Dr Rowley Richards' memoir begins with his carefree childhood in Australia, covers time spent in conditions that could - and did - prove fatal to so many others, and describes a vigorous and busy post-war career as a doctor. An engagingly personal story, it's also a reflection on humanity and on the will to survive. (publisher blurb)