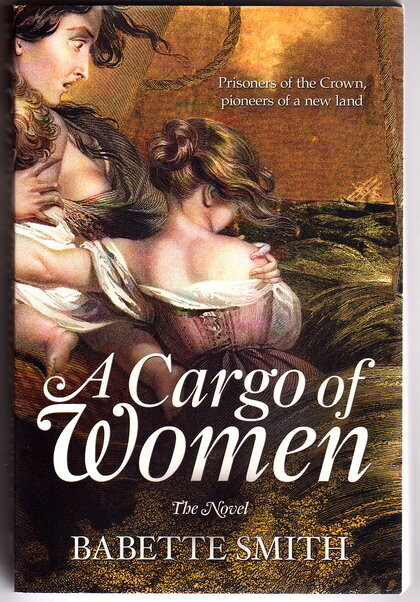 A Cargo of Women: The Novel by Babette Smith

A Cargo of Women: The Novel traces the chequered story of one hundred women transported together as convicts in 1829 on the ship Princess Royal. Caught in an England convulsed by industrial change, they became the unwitting and unwilling pioneers of a new land.

Framing them all is the story of the indomitable Susannah Watson who, trapped in the crowded filthy slums of Nottingham, stole because she "could not bear to see her children starving". Separated forever from her husband and four children, Susannah was transported for 14 years but served 16. She endured the convict system at its worst, yet emerged triumphant to die in her bed aged 83 singing Rock of Ages.

First published by Macmillan in 1991.