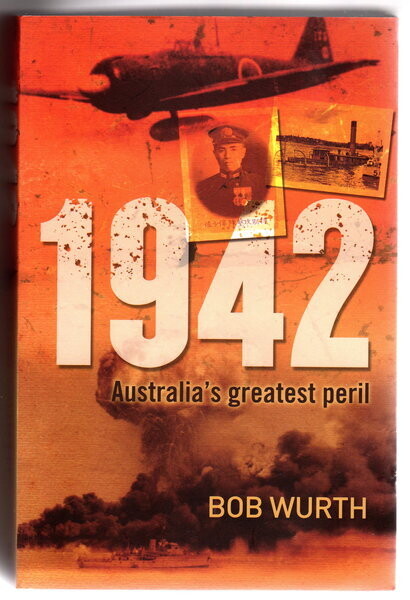 This is the real story of the genuine and terrifying threat the Imperial Japanese Navy posed to Australia in 1942.

On the beautiful Inland Sea of Japan – the heartland of the Imperial Navy – and in frenetic wartime Tokyo, zealous staff officers and their illogical admirals debated the invasion of an almost defenseless nation. While Allied defence chiefs all but dismissed the chances of holding Darwin, fierce arguments flared as the Imperial Army opposed the attack, foreseeing a looming military quagmire. Emperor Hirohito, though, approved consideration of a future temporary invasion of Darwin.
1942 is a story of desperate bravery and criminal stupidity. Most of all, it is the story of Australians left high and dry, expecting attack, and the steps that an inexperienced leader, John Curtin, took to save his country in its darkest days. (publisher blurb)