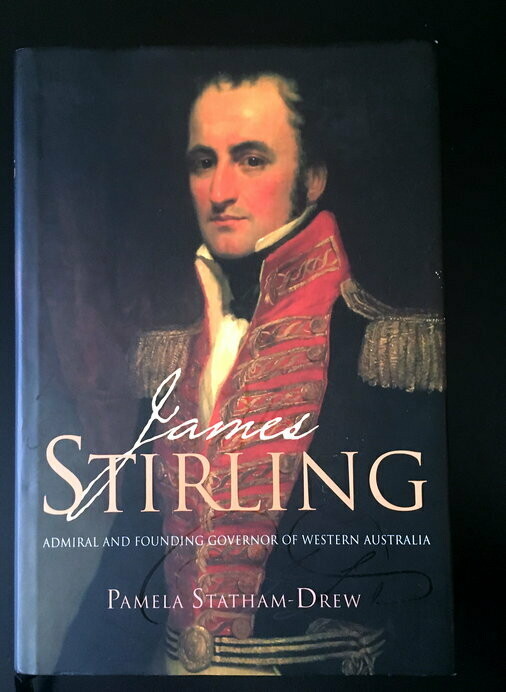 This ambitious biography of Captain James Stirling, seven years in the making, breaks new ground in documenting fully Stirling's path from birth into one of Scotland's oldest families, through to founder and Governor of the Swan River Colony and, ultimately, to Admiral and British naval chief in east Asia.

"Prior to the publication of this biography, Sir James Stirling was the only Founding Governor in Australian history without a full academic biography. As such, this important work fills a void in our understanding of one of the State's most influential forefathers...

Stirling's hand is far-reaching and continues to touch us all today: "his decision to split the capital and port, his naming of many prominent landscape features and his laying of the groundwork for Western Australia's early institution." Dr Geoff Gallop

Dr Pamela Statham-Drew is one of Western Australia's preeminent historians. Current president and life member of the Friends of Battye Library, a Fellow of the Royal Western Australian Historical Society and an editor of Early Days.