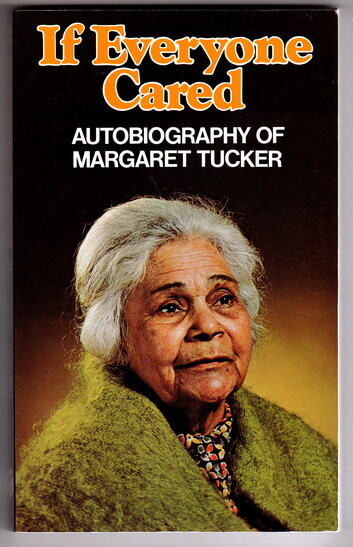 If Everyone Cared: Autobiography of Margaret Tucker, MBE

Margaret Tucker, or Aunty Marg, was one of Australia’s earliest female Aboriginal activists and a leading figure of the 20th Century.

Margaret (Lilardia) was born at Warangesda Mission in New South Wales in 1904. Her parents, William Clements, a Wiradjuri man, and Teresa (née Middleton), a Yorta Yorta woman, had four daughters. Margaret was the eldest.

At the age of thirteen, Margaret was snatched from school and taken from her family to be trained as a domestic servant. She was sent to Cootamundra Domestic Training Home for Aboriginal Girls. It would be years before she would see her family again.

After three years at Cootamundra, 16-year-old Margaret began several years of domestic work. She suffered abuse at the hands of her first employer and was subsequently placed with a more compassionate family. After attempting to run away, Margaret was sent to a sheep station near Walgett, where she remained for three years.

In 1925, Margaret was released from service and moved to Melbourne. Margaret was among the first Aboriginal people from rural missions and reserves to settle in inner city Fitzroy and its surrounding suburbs.

Margaret married Phillip Tucker and together they had a daughter, Mollie, in 1927. Margaret made a living working in factories. At the same time, she became an Aboriginal rights activist alongside other ex-Cummeragunja residents, including William Cooper, Bill and Eric Onus and Sir Douglas Nicholls. In 1932, she was a founding member and treasurer of the Australian Aborigines League, one of the first Aboriginal-run organisations in Australia. It campaigned in support of citizenship rights for Aboriginal people.

For the rest of her life, she dedicated herself to creating a more equal and understanding society. Whether through her own actions, or those of future generations inspired by her life, she undeniably succeeded. (back cover and Aboriginal Victoria's website) 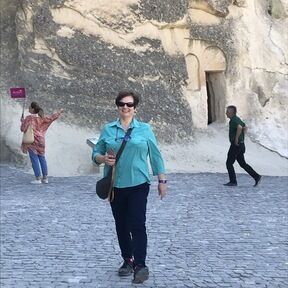 Greetings, my name is Miriam Mortimore, and I am The Book Merchant.

I have spent over 20 years as a professional librarian managing specialist collections and archives for government and large corporations. One of the most enjoyable aspects of my job has been building collections. It’s like Christmas when a book arrives, bundled up waiting to be unwrapped and explored.

As a librarian, I know how difficult it is to track down books - not all books are sold through online booksellers like Amazon or Booktopia. They may have a small print run, be out of print or are so rare that only a few copies have survived the years.

The books I choose to sell satisfy my librarian’s compulsion to curate. They are well researched and written, often award-winning. They are books that I would read and select if I were building a library collection. They may also present attitudes and values that are no longer held by most Australians.

I am also a budding eBook publisher. Some of the books I want to sell aren't in hardcopy anymore, and I will be creating eBooks so that my readers can access these books easily. They can always be printed out if you are hardcopy bound.

If you are an author, I happy to help with cost-effective electronic alternatives.

The Book Merchant specialises in Australian and Western Australian history and heritage and Australian social and cultural diversity. These are topics that matter as they shape our present and influence our future.

Much of Australia’s history has yet to be told or needs to be retold through a different lens. True stories of hardship and resilience, respect for the environment and sustainable living to survive. Stories of how communities formed and the attitudes they had towards “others”. It's fascinating, thought-provoking reading.

Enough about me. I often use the pronouns "us" and "we" on my website and in correspondence because I don't work in isolation. I have a buying team always on the lookout for books, a fantastic IT Team and a great group of professional colleagues and mentors that encourage and inspire me.

Please enjoy browsing through my books. If you know of a book that I should consider selling, are having trouble finding a book or perhaps you’re a writer about to publish a new book? Please talk to me.