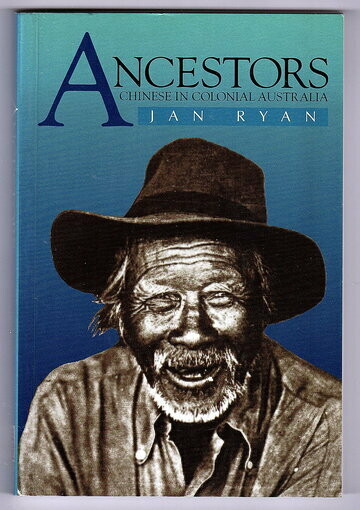 Secondhand. Good condition with minor edge wear. Foxing on foredges and inside cover.

All over the world, emigrant Chinese provided labour for the development of European colonies. Drawn from their homeland by the lure of higher wages or driven out by famine and war, Chinese travelled to places many Europeans would not go to do work Europeans would not do.

In some parts of Australia, the colonists could not have prospered without the cheaper Chinese labour, while in other areas at other times, 'whites' declared that these strangers in their midst threatened their hard-won prosperity.

After Federation, Australia slammed the door on these guest workers and history forgot about their role in opening up the country. But memories persist, and few who remember the first half of the 20th Century fail to recall those Chinese who remained, living quietly on the periphery of their world.

Adding a new dimension to the study of Chinese in Australia, Ancestors traces the origins of some of these people, explains why they came to Australia and describes how they lived.