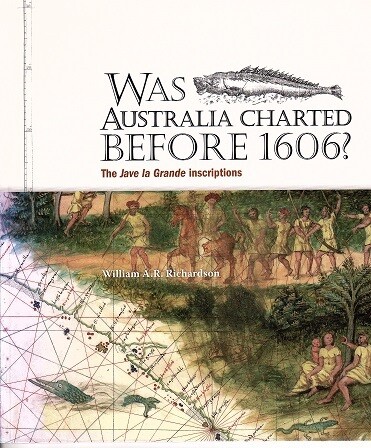 Was Australia Charted Before 1606? The Jave La Grande Inscriptions by William A R Richardson

The arrival of the Dutch Duyfken at Cape York in 1606 is regarded as the first reliable documented non-Aboriginal arrival on Australia's shores. Yet claims abound that the Portuguese, French, Spanish, Indonesians and Chinese were all early visitors. Richardson examines the evidence for these claims and presents his own case. In particular, Richardson discusses the Portuguese claim based on a series of French maps which shows a charted land mass Jave la Grand, which some have identified as Australia.