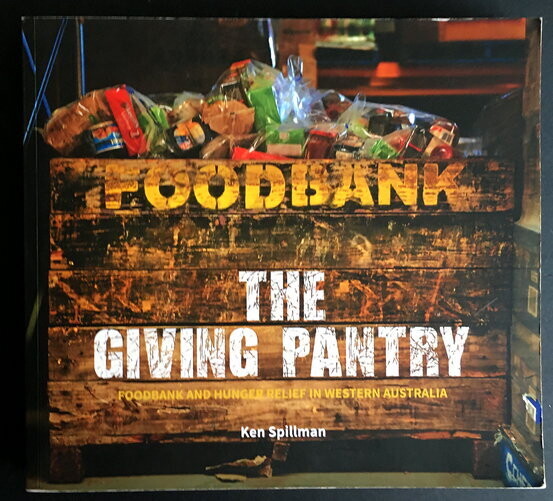 The Giving Pantry: Foodbank and Hunger Relief in Western Australia 1994-2019 by Ken Spillman

From humble origins in Phoenix, USA, in 1967, food banking has spread around the world, playing an increasingly important role in hunger relief while also reducing waste.

Since its foundation in 1994, Foodbank Western Australia has established itself as an exemplary not-for-profit organisation working to reduce food insecurity and delivering nutrition education across an area larger than the British Isles, New Zealand, Japan and Texas put together.

The Giving Pantry tells the story of its beginnings and chronicles its expansion during its first quarter of a century. It brings to life those who contributed to Foodbank WA's development and features more than 150 photographs, including art photography by Rob Fyfe. (back cover)