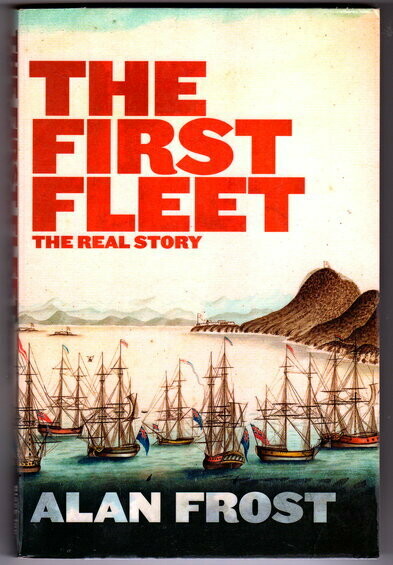 The First Fleet: The Real Story by Alan Frost

In 1787 a convoy of eleven ships, carrying about 1500 people, set out from England for Botany Bay.

According to the conventional account, it was a shambolic affair: under-prepared, poorly equipped and ill-disciplined. Robert Hughes condemned the organisers' "muddle and lack of foresight", while Manning Clark described scenes of "indescribable misery and confusion".

In The First Fleet: The Real Story, Alan Frost draws on previously forgotten records to debunk these persistent myths. He shows that the voyage was in fact meticulously planned - reflecting its importance to the British government's secret ambitions for imperial expansion.

Frost examines the ships and supplies, passengers and behind-the-scenes discussions. In the process, he reveals the hopes and schemes of those who planned the voyage and the experiences of those who made it. (back cover)