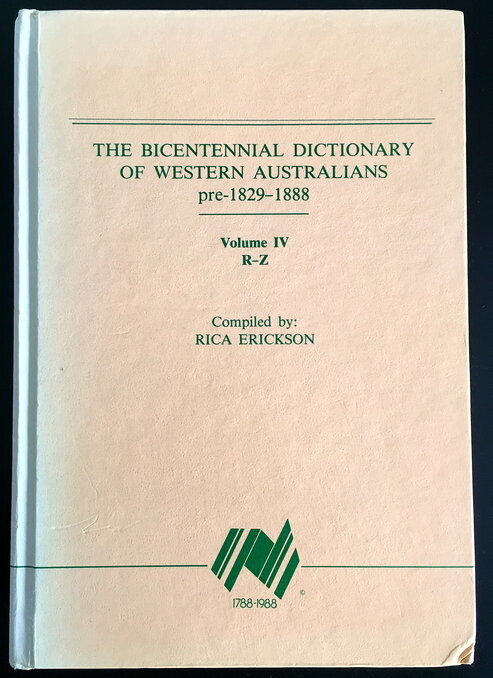 The Bicentennial Dictionary is based on material published previously in the four-volume Dictionary of Western Australians, the first three of which were published in 1979.

The Bicentennial Dictionary however includes a massive accumulation of data from the public, other additions and corrections to the 1979 Dictionary.

Volume IV contains biographical details of European settlers and pioneers with surnames R to Z that arrived or were born in Western Australia between 1829 and 1888.

Rare and sought after.