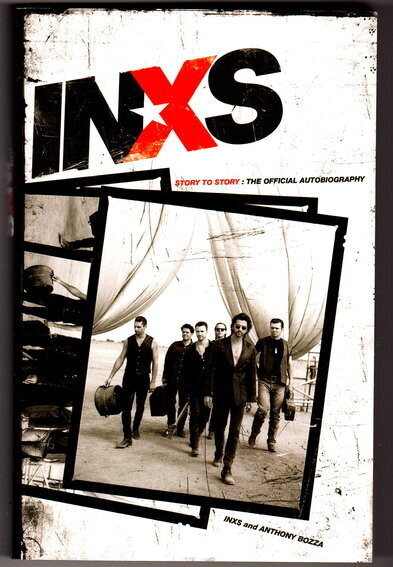 INXS: Story to Story: The Official Autobiography by INXS and Anthony Bozza

INXS broke new musical ground. This Australian band, made up of three brothers and their three best mates, took the world by storm, turning rock, pop, and funk into a cutting edge, danceable style, and selling more than thirty million albums worldwide.

INXS: Story to Story tells the tale of their incredible journey, from playing the world's biggest concert venues to living a high life rivaling any in rock history, filled with sex, drugs, and supermodels.

Now for the first time, they reveal everything they experienced in their more than two decades of making music -- the partying, the pressure, the wild times on the road, the heights and depths of rock-star life, and the bonds of brotherhood and friendship that not only got them through the tough times but made the fun times even more intense.

They also talk about the sadness of watching their closest friend and collaborator, Michael Hutchence, slipping away from them, and share their thoughts about why he left them far too soon.

Fully authorized and reflecting the band's firsthand point of view, this is the real story behind the phenomenon that is INXS -- and the book every rock fan will need to own. (publisher blurb)