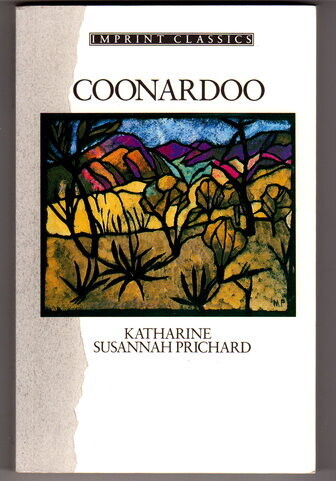 A tough, uncompromising novel about the difficult love between a white man and a black woman. Coonardoo is the moving story of a young Aboriginal woman trained from childhood to be the housekeeper at Wytaliba station and, as such, destined to look after its owner, Hugh Watt.

The love between Coonardoo and Hugh, which so shocked its readers when the book was first published in 1929, is never acknowledged and so, degraded and twisted in on itself, destroys not only Coonardoo, but also a community that was once peaceful.

This frank and daring novel set on the edge of the desert still raises difficult questions about the history of contact between black and white, and its representation in Australian writing. (publishers blurb)

Originally submitted to The Bulletin novel competition in 1928 under the pseudonym Ashburton Jim, this novel was joint winner.